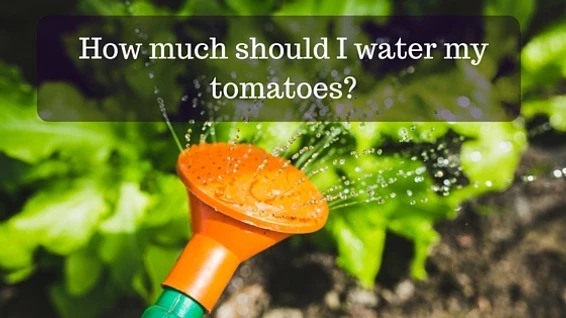 This is my first year planting tomatoes. I share a space for planting with two people. One says water a lot, the other says don’t water too much. Which is correct?

Well, the wonk-y master gardener answer to your question is: “Tomatoes require one to two inches of water per week.” But the more practical answer is: “It depends.”

Tomatoes are the like the Goldilocks of the veggie garden. They like it not too dry and not it too wet but just right. What they want more than anything is even, consistent water. Any spikes or drops in moisture can cause a lot of problems. It’s always a good idea to water tomatoes (or any plant for that matter) based on need rather than on a set schedule. Whether that means you water a lot or a little depends on your situation. Here are a few rules of thumb you can use to make sure your tomatoes get just the right amount of water: 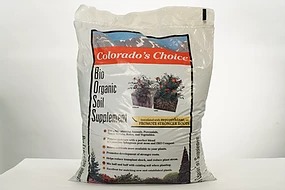 Know the Soil: How much you water and when will depend a lot on the kind of soil you have. Heavier, clayey soils (which are the most common kind here in Colorado) should be watered slowly and infrequently. Watering too often will just cause runoff and won’t let the water soak down to the plant’s roots. Clay tends to trap water, too. In contrast, sandy soils (which are less common) should be watered lightly and often. These soils drain too quickly and water often shoots right through them to the deeper layers of soil, bypassing the roots altogether.

To balance this out, we recommend amending your soil with an organic soil amendment like Colorado’s Choice B.O.S.S. This will improve the physical structure of the soil, helping clay soils drain and sandy soils retain moisture, which will better allocate the water to the plant roots.

Water in the Morning or in the Evening: Watering in the cooler temperatures of the morning or evening avoids the evaporation that can occur during the hottest part of the day. Also, tomatoes naturally tend to look droopy and stressed during the heat of the afternoon, even when they have the right amount of water. Evaluating them during the cooler parts of the day will give you a more accurate sense of the plants’ water needs. If your tomatoes look sad during the afternoon don’t worry, but if they look sad in the morning or the evening it’s probably time for a drink.

Use The Ol’ Finger Test: The Ol’ Finger Test is the easiest way to evaluate soil moisture. Just stick your finger into the soil up to your second knuckle, about one to two inches deep. If the soil feels dry or even just slightly moist, give the plants a slow, deep drink. If the soil still feels wet or soggy, let the soil drain and check again the next day. During the hottest part of the summer, you might need to check your tomatoes in the morning and the evening.

Mulch: Mulch is really important when planting tomatoes. It helps retain moisture and can even out the water fluctuations that cause a lot of common tomato problems. It also reduces soil-borne diseases and can even keep away bugs. 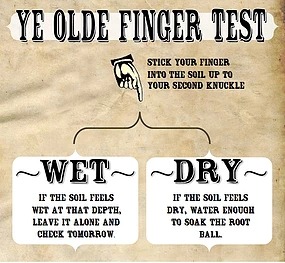