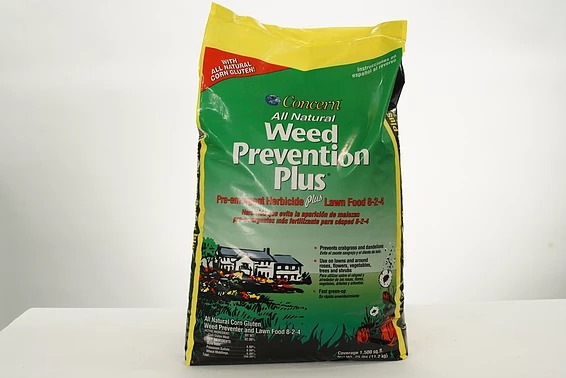 Penicillin. Teflon. The Slinky. Some of the science’s greatest achievements have been discovered completely on accident. In 1986, that’s just what happened to Dr. Nick Christians of Iowa State University.

Christians and his team were conducting an experiment to study the effects of a fungus called Pythium on golf course grass. Fungi need to be delivered via some medium and the team had chosen plain old corn meal for the job. Christians was testing three fields; one field had Pythium-covered corn meal spread over it, the next had plain corn meal, and the third had nothing at all. In the plot with pure corn meal, the germination of grass was greatly reduced. Unexpectedly, Christians and his team had discovered a brand new organic weed control! Further research revealed that certain proteins found in the corn gluten meal inhibited the seed’s production of tiny feeder roots, causing them to die before they even sprout.

One of the best corn gluten products on the market today is called Concern. It’s made of 100% organic corn gluten meal and safe for use around kids, pets and beneficial insects. Concern prevents a wide range of common lawn and garden weeds, including dandelions and crabgrass.

One word of caution, Concern will stop all seeds from sprouting, including grass or flower seeds. You’ll need to wait at least 6 weeks to re-seed after applying Concern. When used correctly, Concern controls up to 90% of weeds the first year. Not bad for an accidental discovery!