Today is the Vernal Equinox, the beginning of spring in the northern hemisphere. The word equinox comes from the Latin words meaning “equal night.” Today, the sun will pass vertically above the Equator, giving us a nearly equal length day and night all over the globe. 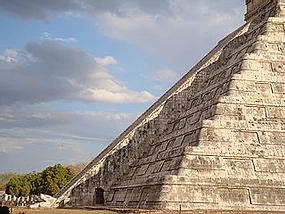 The Vernal Equinox has long been important to people around the world. In fact, its importance was etched into some of the ancient world’s greatest monuments. The Great Sphinx in Egypt was built so it faces directly into the sun on the vernal equinox. Likewise, Stonehenge in England and Angkor Wat in Cambodia are both constructed so that the sun rises precisely along their respective architecture. Closer to home, at the great pyramid of Chichén Itzá in Mexico the afternoon sun today creates an illusion of a snake creeping up the northern staircase. The ancient celebrations of the equinox continue to this day, with many cultures celebrating March 20th as a day of renewal, rebirth and revelry.

One of the most persistent myths about the equinox has to do with eggs. According to folklore, today in one of only two days out of the year (the other being the autumnal equinox) during which you can stand a raw egg on its end on the first day of spring. This is supposedly due to the gravitational pull from the sun and moon. Although, spoiler alert, it really has nothing to do with the equinox (sticklers and scientists can read a through de-bunking here). Still, it is an egg-celent way to ring in the spring! (We’re sorry, that was a bad yolk. Please egg-scuse us.) 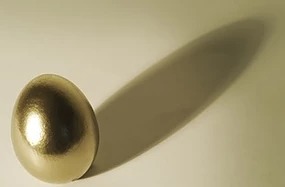