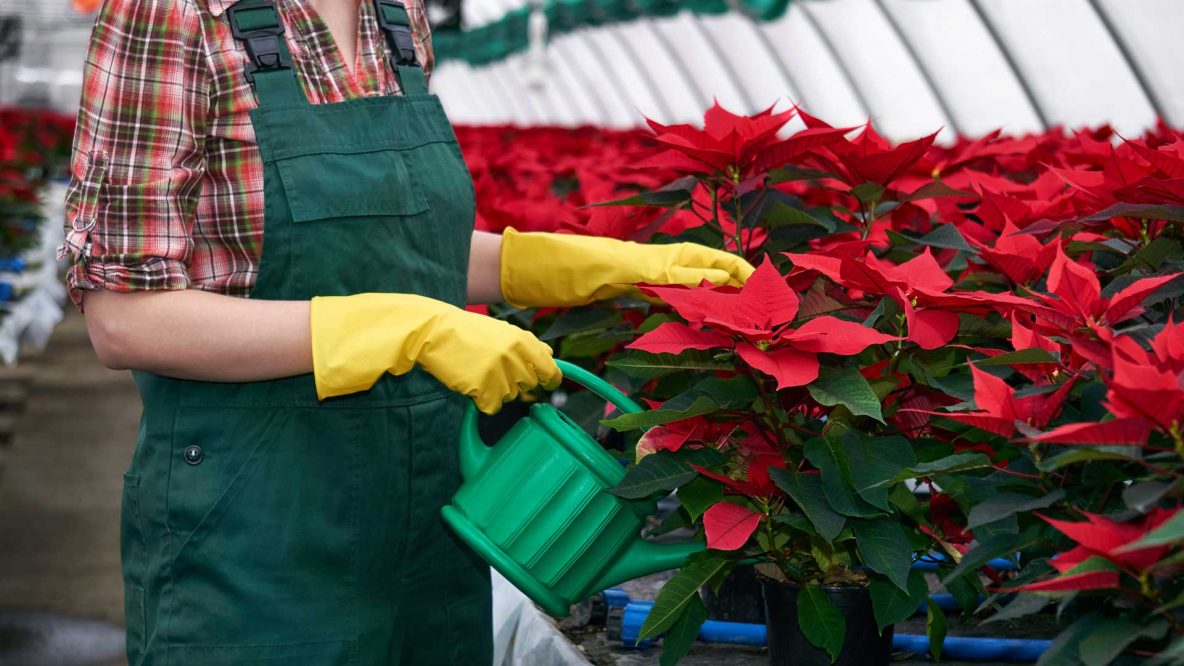 Poinsettias are the quintessential Christmas flower. Though they are famous for they brilliant reds (almost 80% of commercially grown poinsettias are red), they also come in beautiful yellows, whites and pinks as well as variegated varieties.

Poinsettias, or more scientifically Euphorbia pulcherrima, are native to Mexico and can be found growing wild in tropical forests down the whole Pacific coast. In nature, poinsettias can grow up to 10 feet tall. Though most of us refer to them as flowers, the bright red “blossoms” are not actually flowers at all. They are modified leaves called bracts. The true flowers of the poinsettia are the little yellow buds around which the bracts grow.

The Aztecs were the first to cultivate these bright red plants. In the Aztec language Nahuatil, poinsettias are called “Cuitlaxochitl” (Kweht-la-so-cheet-l)which means “the withering flower.” They were used in religious ceremonies and to make dyes and medicines.

Cuitlaxochitl’s association with Christmas began with the Spanish. In the 17th century, Franciscan monks in southern Mexico first began incorporating the bright red wildflower in their Christmas celebrations. To the Spanish missionaries, cuitlaxochitl became known as “El Flor de Nochebuena,” or “The Flower of the Holy Night.”

Around this time, many legends and folk tales sprung up around the red Christmas flowers. One of the most popular is a story of a poor Mexican girl who unable to buy a birthday gift for the Baby Jesus on Christmas. She picked a bouquet of scraggly weeds and offered them at the altar of the church. Because of her simple act of generosity, the weeds burst into beautiful crimson and became the Holy Night Flowers. 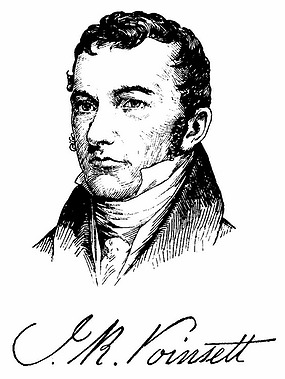 America’s holiday love affair with the poinsettia began with Joel Poinsett, the first U.S. Ambassador to the Republic of Mexico. While visiting the southern regions of the country, the ambassador became enthralled with the lovely red flowers displayed during Christmas time. He took some cuttings and sent them back to his home in South Carolina. In the United States, the exotic plants took the ambassador’s name and have been known as “poinsettias” ever since. National Poinsettia Day is celebrated on Joel Poinsett’s birthday, December 12th.

Place your poinsettias in a spot that get indirect sun for at least 6 hours a day. Ironically, for a plant so associated with a winter holiday, poinsettias can’t stand the cold. Be sure they are away from any cold drafts and maintain a temperature of between 65 and 70 degrees. Check the soil often and water your poinsettia if the soil feels dry to the touch. Most poinsettias will last 4 to 6 weeks until they begin to lose their colorful bracts. Poisonous? Some people think that poinsettias are poisonous to kids or pets, but this is simply not true. This particularly persistent urban legend traces all the way back to an erroneous newspaper article from 1919. Today, doctors estimate that a child or pet would have to eat upwards of 500 poinsettia leaves to reach anything close to a potentially toxic level. Although poinsettias are not poisonous, neither are they edible. Eating any part of the plant is not a good idea, but certainly not dangerous.