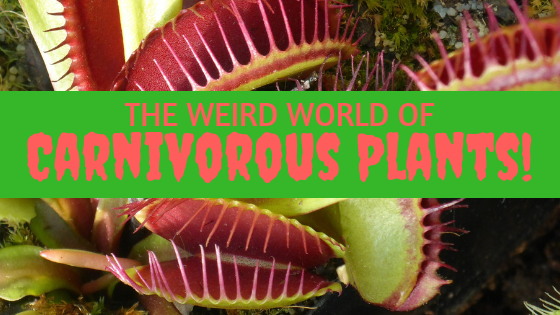 In dark, boggy corners of the world, where water and sunlight are in abundance but the soil is poor and acidic, plants turn to desperate measures for nutrition. These plants have developed the uncanniest adaptation to this harsh world; trapping, killing and eating small invertebrates, insects, small frogs, mice and perhaps something larger…
Just in time for Halloween, we have compiled a list of the top five weirdest, most intriguing killer plants on the planet. It might make you think twice about pulling those weeds! 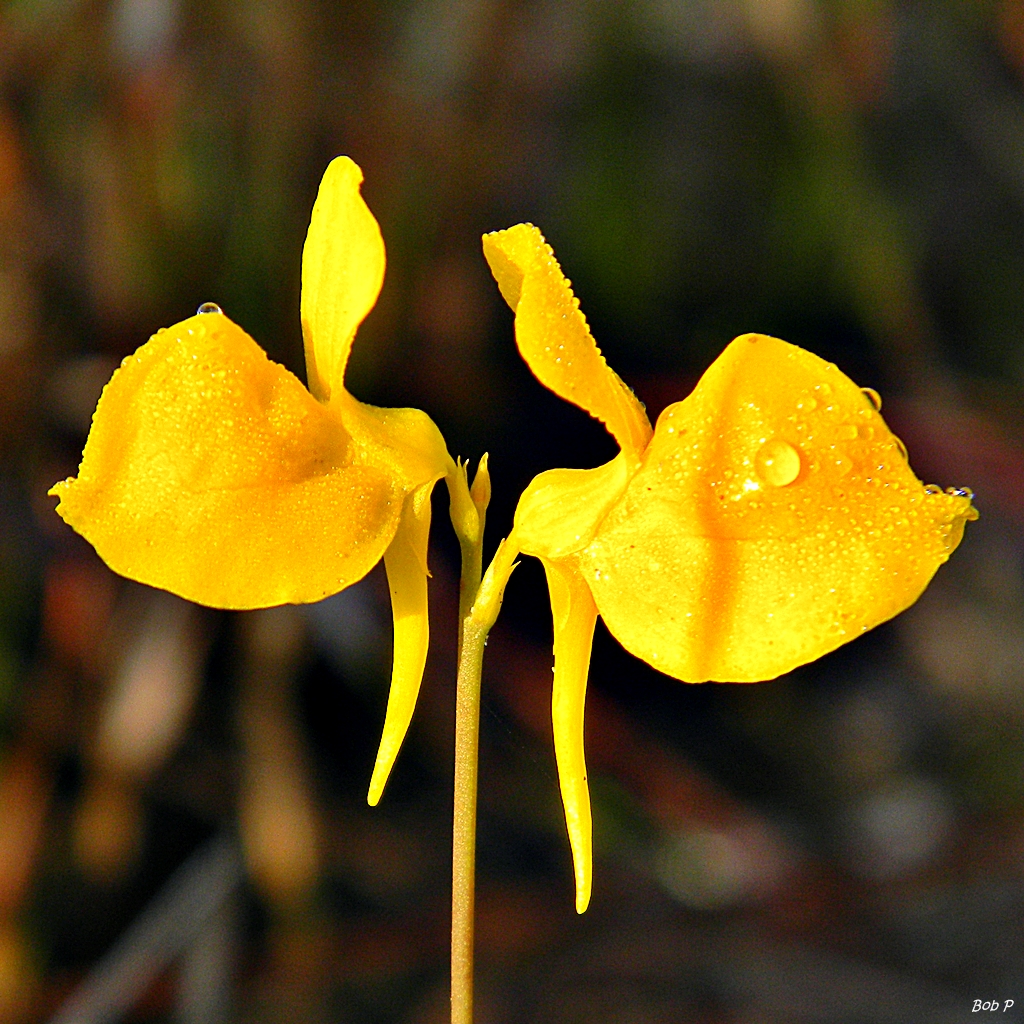 Bladderwort Sailors have long told tales of underwater horrors, but in the case of the bladderwort, truth is even stranger than fiction. It lives mostly in open water, floating quietly in ponds and bayous as its multiple bubble-like traps lay like deflated balloons. The traps have super-sensitive hairs that can feel even the tiniest water disturbance. When a water flea or other small insect swims too close, the bubble trap inflates and sucks the bug inside. The bladderworts digestive juices flood the chamber, sending the luckless insect to a watery grave.
Freaky Fact: With 220 listed species, bladderworts are the most diverse and widespread of all carnivorous plants. 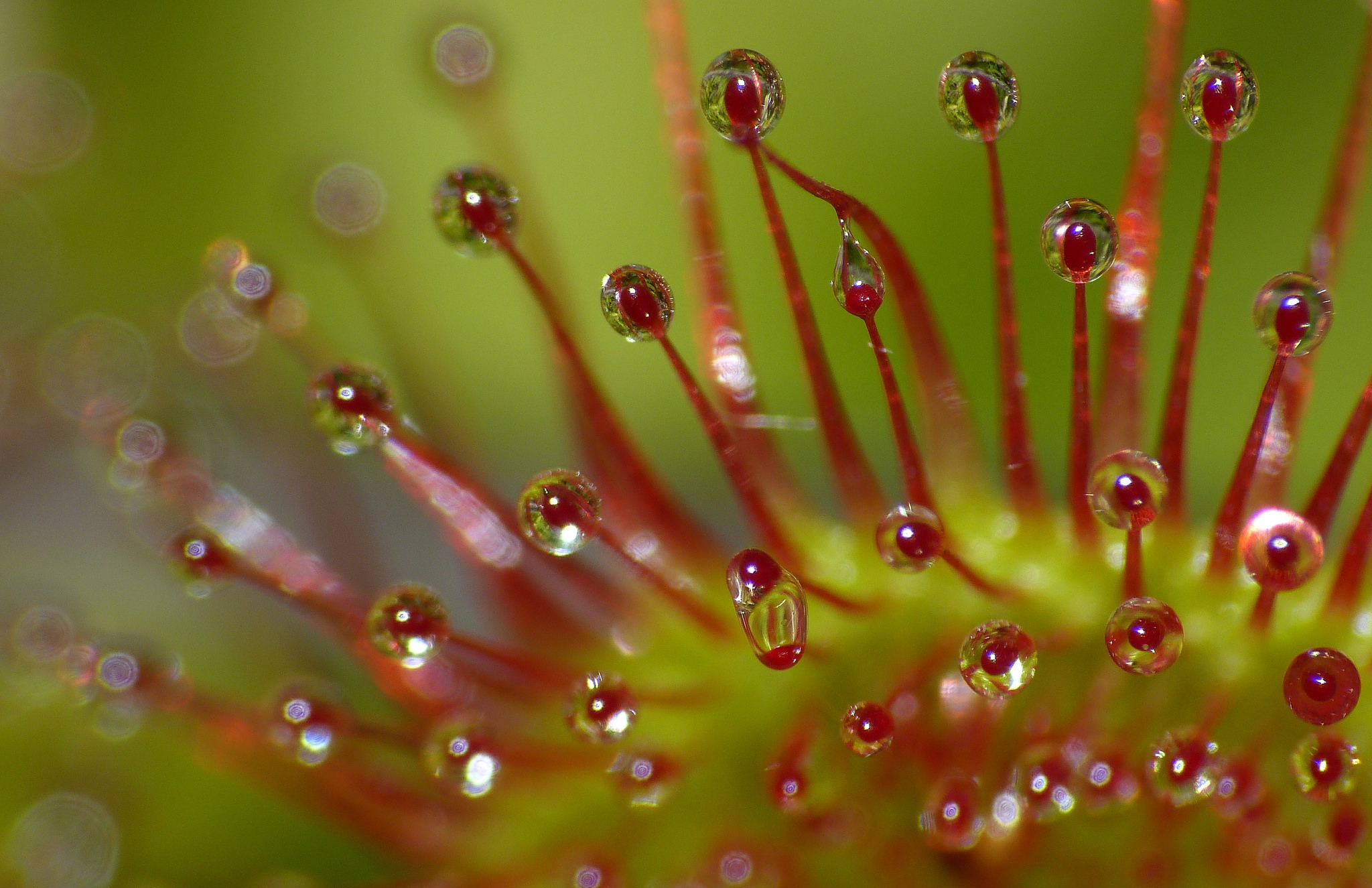 Sundew Sundew’s leaf hairs seem to glisten in the sun like gumdrops. But any insect that gets to close will quickly discover that all that glitters is not gold. Those resplendent hairs are actually tentacles covered in mucilage, a gluey glandular secretion that works like flypaper. When the insect lands on the sundew, it finds itself batting on a sticky wicket, quickly becoming gummed up in the slime. As it struggles to free itself, the leaf ever so slowly rolls its victim up. After the insect suffocates, the tentacles secrete a digestive juice and enjoy their sticky snack.
Freaky Fact: Charles Darwin was fascinated by sundews and devoted over 200 pages to them in his seminal work, Insectivorous Plants.

Cobra Lily Native to the dark rivers and bogs of California, the Cobra Lily is a particularly insidious killer plant. Its bright red colors and sweet scents beckon to insects like a siren’s song. But the Lily’s mysterious hood is a hall of mirrors every bit as sinister as Cooger and Dark’s. On entering, the bug sees the translucent windows of the Cobra Lily’s skin and tries to fly out to freedom, only to discover that freedom is just an illusion. As it buzzes around frantically, the waxy interior prevents it from catching hold and downward pointing hairs make it impossible to climb out. Soon, the insect falls into the tubular part of the leaf and is drowned and digested in silence.
Freaky Fact: The Cobra Lily was discovered by in 1841 by William D. Brackenridge. It was named for its eerie similarity to a striking cobra. 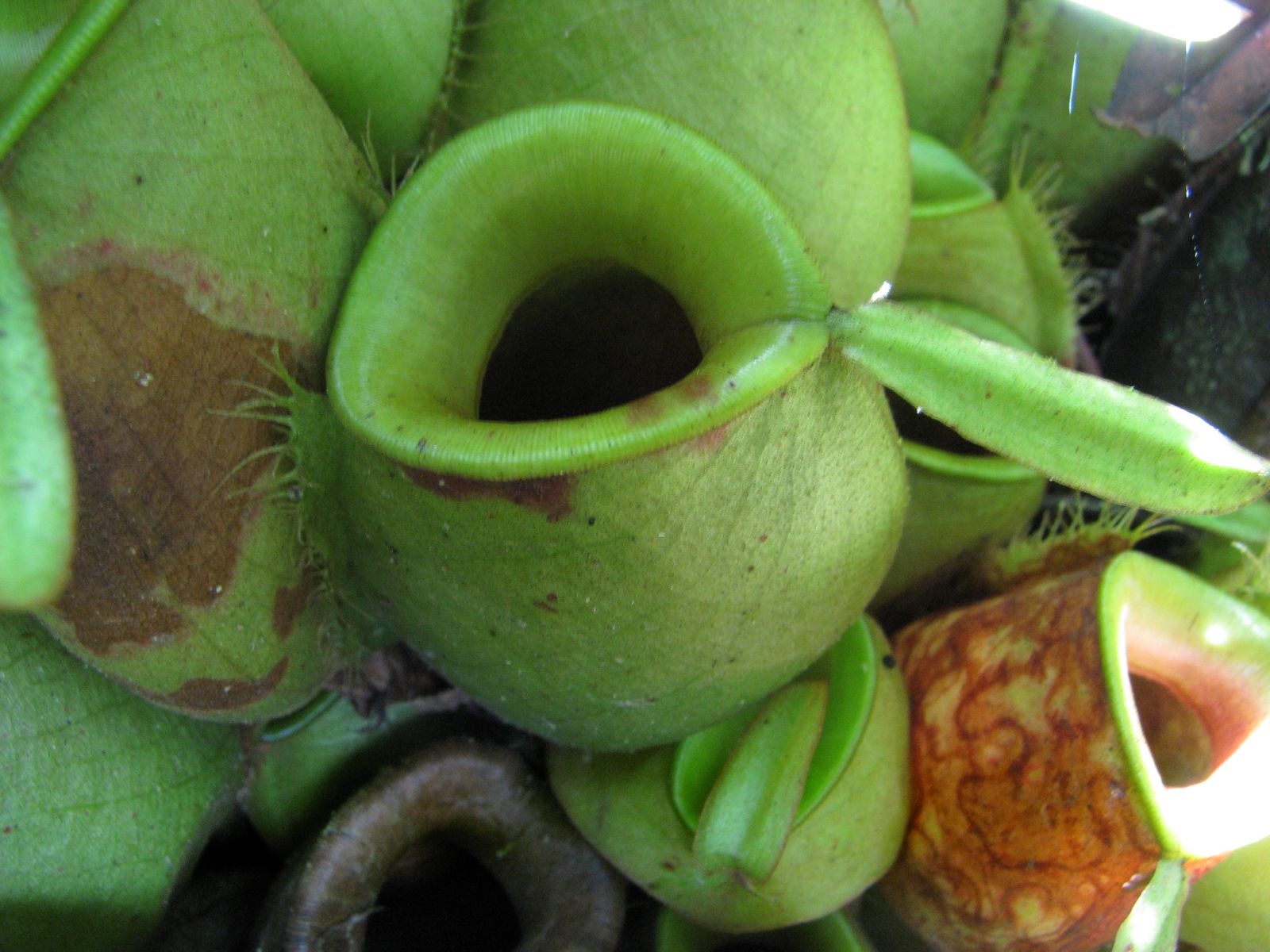 Monkey Cup Deep in the tropics, insects are most cordially invited to a dinner party held by the Monkey Cup. Also called the Tropical Pitcher Plant, it lays an attractive table of bright colors and sweet smells usually associated with food. But when the ill-fated insect climbs into the deep pitcher-like leaves of the plant for a sup, it soon discovers that it’s not on the guest list – it’s on the menu! It cannot grab hold of the leaf walls. Slick wax flakes off as the bug splashes into the water held deep in the gaping maw of the pitcher leaf. As it struggles to get out, a potent digestive acid leaches slowly into the water. Bon Appetite!
Freaky Fact: Tropical Pitcher Plants are the largest carnivorous plants in the world. The largest is about the size of a football and has been known to consume small rodents. 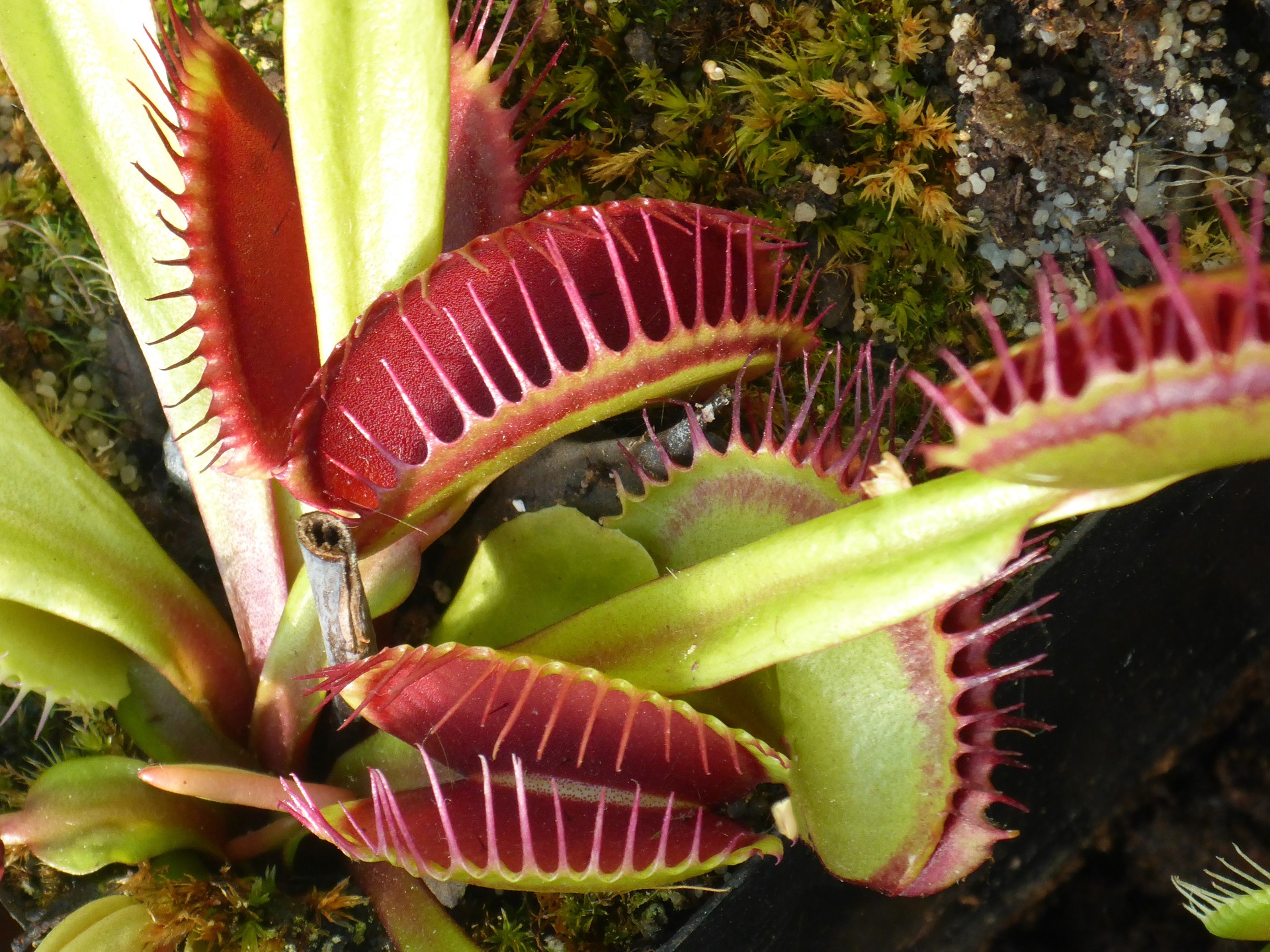 Venus Fly Trap Of all killer plants, none seem to capture the imagination quite like the Venus Fly Trap. Perhaps it is because of its nightmarish modus operandi. Of all carnivorous plants, the Fly Trap’s method of dispatch is most dramatic. With the infinite patience of insentience, The Venus Fly Trap’s leaves lie open, covered with short trigger hairs. When anything brushes the hairs enough to bend them, SNAP!. Scientists still debate how something with no nervous system and no muscles can have such lightning reflexes. Once the trap is sprung, cilla along the edges of the leaves lace together, trapping the hapless victim. Then, the trap constricts and slowly fills with digestive acid. After five to twelve days, the trap opens, the insect’s exoskeleton blows away in the breeze and the trap is set again. Freaky Fact: Venus Fly Traps are named for the Greek goddess of love, Venus. The name should actually read Venus’ Fly Trap, but the possessive form has been dropped over the years, giving the plant an extraterrestrial name and adding to its otherworldly fascination.