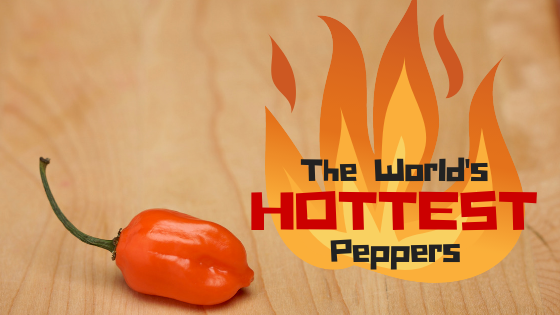 The title of “World’s Hottest Pepper” is always contested. Pepper heat can be a bit subjective and inconsistent. And it seems as soon as everyone agrees on a champion, a new hybrid emerges claiming insanely scorching heat. But one pepper has managed to hold off all comers for the past few years – The Carolina Reaper.The Carolina Reaper
Along the banks of the peaceful Catabwa River, lies the small city of Rock Hill, South Carolina. It seems an unlikely place for the world’s hottest pepper to emerge, but this is just where “Smokin’” Ed Currie, the self-proclaimed “Founder, President and Mad-Scientist” of the descriptively named Puckerbutt Pepper Company created his Frankenstein’s monster – The Carolina Reaper. 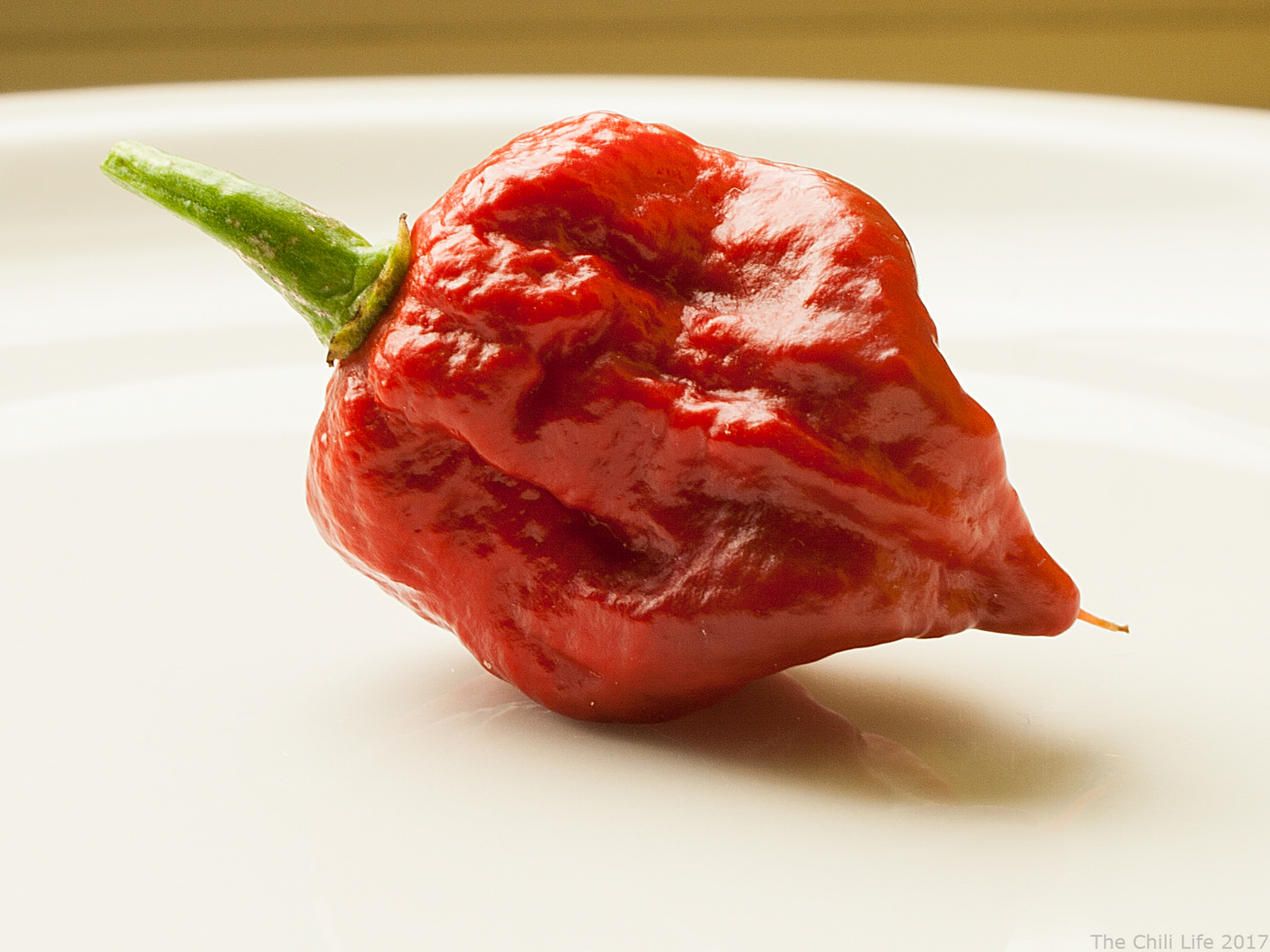 The Reaper has held the title of world’s hottest pepper since at least 2017, when it officially was declared so byThe Guinness Book of World Records.

The current most accurate measurement of a pepper’s hotness is called the Scoville Test. This test measures a pepper’s concentration of capsaicin, the chemical irritant that causes sensations of spiciness. The capsaicin measurement is reported in SHUs or “Scoville Heat Units.”For comparison, a bell pepper has a Scoville rating of 0. Not spicy at all. A jalapeno? About 1,000. Get warmer. Habeneros? Around 100,000. Now you’re starting to sweat. But according to the official tests done by Winthrop University for The Guinness Book, the Carolina Reaper averages an astounding 1.6 million SHUs!

So, what does it feel like to eat one of these radioactive redhots? Smokin’ Ed himselfdescribes it this way, ““When you bite into it, the initial taste is sweet. You go, wow, that wasn’t so bad. And then immediately, that vast amount of capsaicin takes over, and it’s kind of like eating molten lava. That’s the best way to put it.” 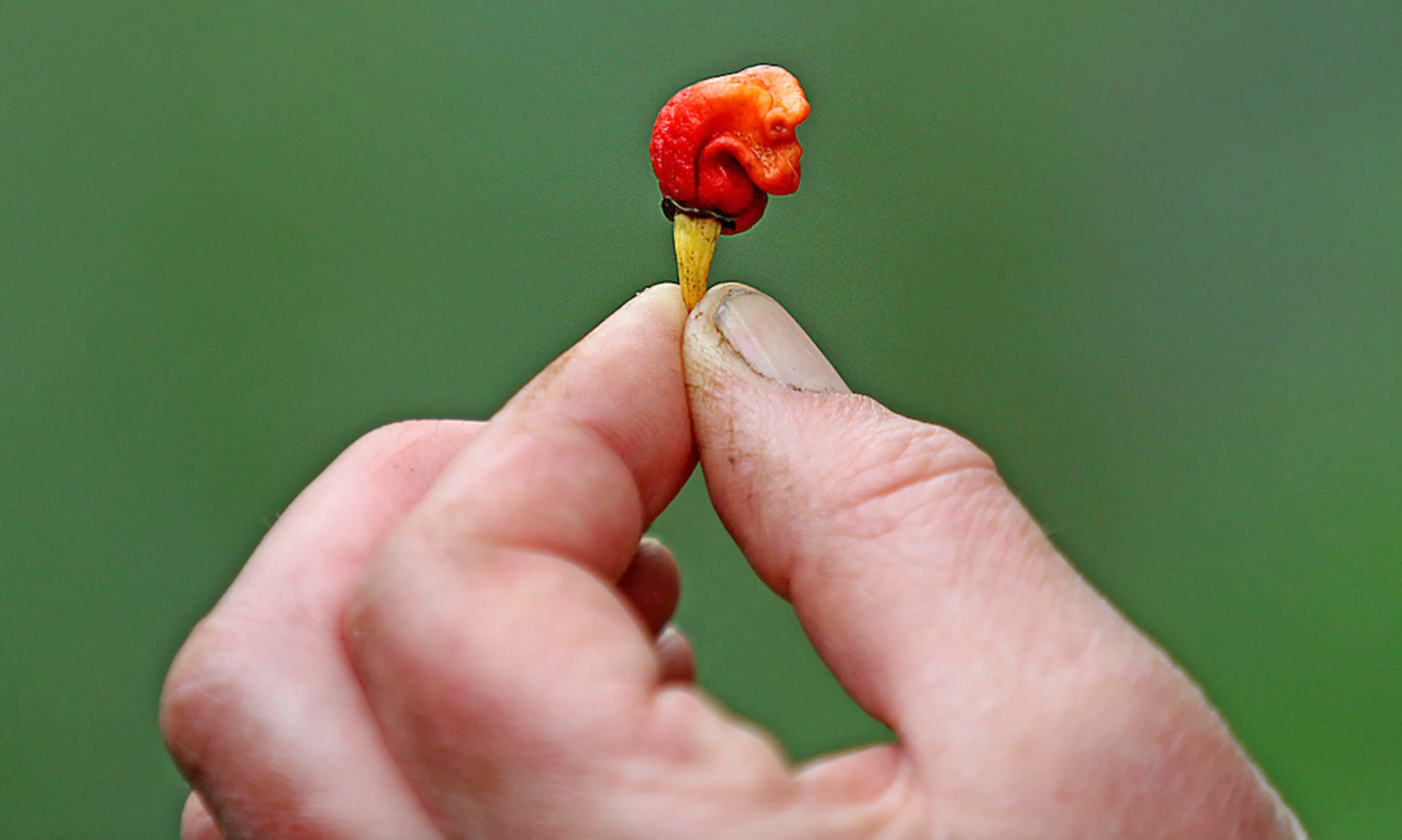 Molten lava not hot enough for you? There are rumors of tiny little pepper grown by a farmer in Wales aptly named Dragon’s Breath. Dragon’s Breath has never been officially tested by Guinness, but unofficial tests have estimated its Scoville rating that soars up to 2.4 million SHU. That’s closer to police grade pepper spray than nachos! Does the Dragon’s Breath pack enough heat to scorch the indomitable Reaper? Pepperheads will just have to wait and see!
Growing your own Hot Peppers
Want to really turn up the heat in your own garden? Two of the hottest pepper varieties we’ve grown in our test gardens over the past few years have been The Ghost Pepper (a former "World’s Hottest" Champion) and the Scorpion Pepper (Currently listed number 2 in the world) But environmental conditions and growing practices can also have a big effect on how spicy your peppers will be. Here are a few things you can do to increase the hotness of your home grown peppers:

Water Puts Out FireIf you want your peppers to be fire, don’t over-water them. Reducing your watering, even to the point of stressing the plant a little, can help concentrate the fruit’s capcasin and increase the heat. Water your peppers only when leaves start to droop, especially as the fruit is starting to set.

Give them a Spark A wise old farmer we once knew used to drop a handful of un-burned matches into each hole when he planted his notoriously wicked jalapenos. "To start the fire," he would say with a mysterious grin. He was definitely on to something. It wasn’t the matches per se, but the sulfur in the match heads that did the trick. Adding a bit of sulfur to the soil can help increase pepper heat.

Avoid Cross PollinationMost peppers are closely related to one another, so they can easily cross pollinate. If you have your super hot peppers planted near mild peppers, you could get some cross pollination that will make your peppers more mild. Keep your hottest peppers separate for the spiciest results.

Harvest Late Let the fruit stay on the plant as long as possible. This further concentrates the capsacin.