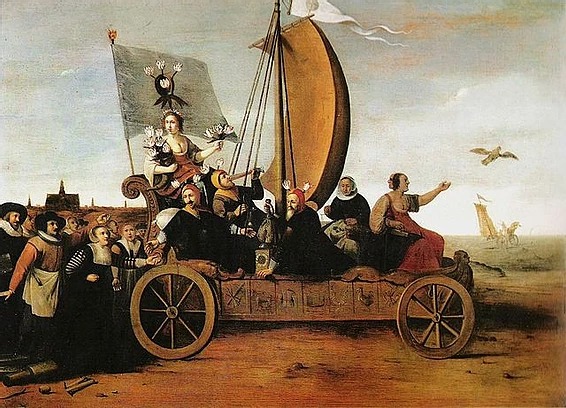 Economic bubbles, the rapid escalation in prices followed by an equally rapid drop, are all too familiar to us today. But did you know the very first economic bubble in history was started by something you probably have growing in your garden? In the 1600s, nothing more than the pretty little tulip kicked off a speculative frenzy that gripped an entire nation.

It all started in Holland. These days, tulips are iconic symbols of the Netherlands, right up there with windmills and wooden shoes. But in fact the dainty little flowers are native to Turkey. Though tulips are fairly common garden flowers to us, to the Dutch of the 15th century, they were an exciting exotic novelty. Tulips imported from the Orient were much more vibrant than most European flowers at the time and they grew in seemingly endless varieties and colors. The Dutch upper crust fell in love with the little bulbs and soon anyone who was anyone had to have a tulip garden of their very own. 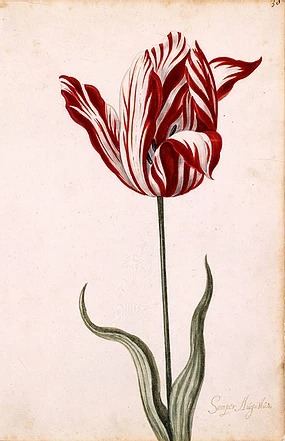 At the same time, Holland was embarking on an unprecedented period of power and prosperity. Dutch trade, art and science was becoming among the most acclaimed in the world. With the Netherland’s booming trade, the tulip craze soon turned to craziness. In the grips of “tulip mania,” buyers frantically traded land and livestock for even common tulip bulbs. Truly rare bulbs were sold at even more exorbitant prices. According to Anne Goldgar’s book Tulipmania, one Augustus sempres bulb, the extremely rare and most prized tulip bulb of the time, once sold for 5,500 guilders. In comparison, the average skilled worker in Holland at the time earned 150 guilders a year. Speculators jumped on the bandwagon and prices continued to swell throughout the 1630s. At the height of the madness, some bulbs changed hands 10 times a day. In 1637, prices skyrocketed more than 1,100%. In one month.

Then, as they are wont to do, the bubble popped. Sellers overwhelmed the market and buyers disappeared altogether. Tulip bulbs became almost worthless overnight. Some historians argue that tulip crashed signaled the end of the Dutch Golden Age. Today, it serves a cautionary tale about the fickleness of economics.

The tulip business in Holland eventually recovered, however. Today, Holland is sometime called the “Flower Shop of the World” and is famous for its beautiful tulips, hyacinths and other flowers. Want to know more about the little tulip’s big history? Check out this delightful video from the Amsterdam Tulip Museum!